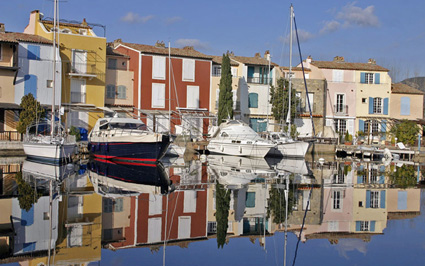 Grimaud - an old charming medieval village, and at its feet, the very modern Port Grimaud, often called the Venice of France. The proximity of the two brings us today to confuse the old village with its coast city, they both deserve attention.

Port Grimaud - this seaside town was created by architect François Spoerry in the 1960s based around the marshes of the river Giscle on the bay of Saint Tropez. Built with channels in a Venetian manner, but with French "Fishermans" style houses resembling those in Saint Tropez. 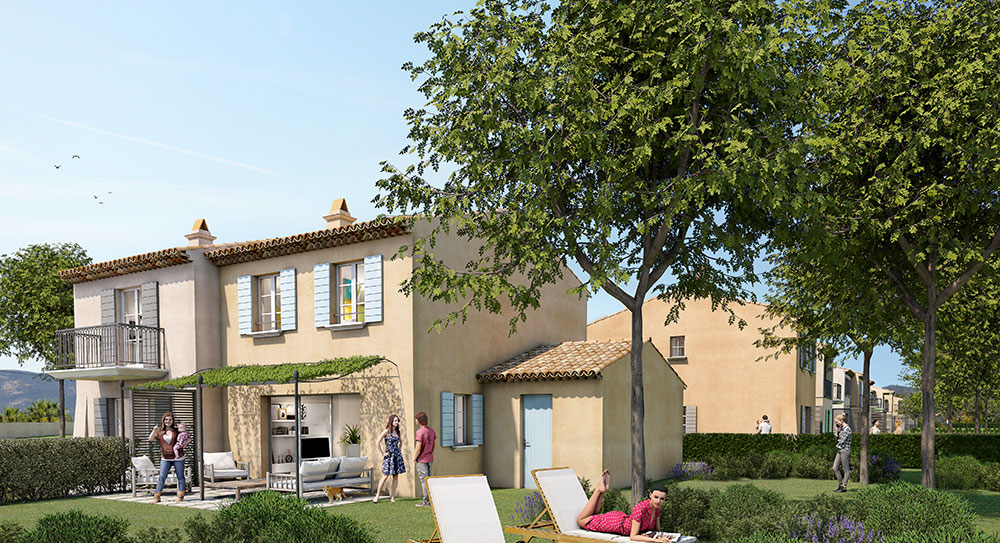 You are looking for :